Where the Wild Fans Are

This weekend was VCON - if you haven't been reading the past few posts.  And it was a lot of fun.

We got started a little later than expected but it was all well and good as everyone hung in there until we got going.
The screening was well received.  David Nykl arrived just as the film was beginning and he and I sat at the back of the house quietly amusing ourselves with an analysis of how the various jokes played.  There were a few responses that fell outside of what we are accustomed to.  One of the oddest I can't say without giving a spolier - so I won't - but I will say that there is a sequence of Star Trek jokes including one that really has to be paid attention to... typically only one voice in a theatre will laugh out loud at it, but this time it was the whole room.
The Q&A after the film was probably the most rollicking we've had - the fact that there were about ten of us from the film involved in it certainly helped.  We got it on video, so when we can perhaps we'll post a few choice bits.
As I was taking names for the DVD list (people who want to know when and where to get the DVD when it's available (if you happen to be one of those, say so in a comment and we'll work something out) one of the attendees mentioned that she'd come all the way from (not intending to directly quote Counting Crows) somewhere in middle America just to see the film. 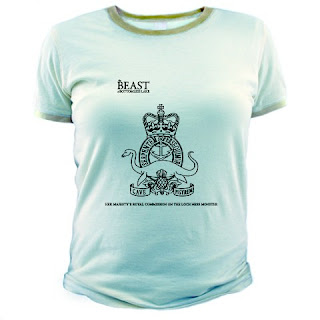 I looked down at her name tag, suspecting (correctly) that I knew the answer.  One of the most regular commenters on this blog - Rosie AKA Rosehawk - possibly the world's biggest David Nykl fan had come all the way to VCON to see the film.  I thought that was pretty cool.
She had also brought one of our CafePress shirts for everyone to sign... which we did later up in the hospitality suite.
It was a lot of fun.

More press has come from it already and there will be even more soon - look for a post in the next couple of days.
And the folks at VCON suggested they could hook us up with some other conventions... so keep your eyes out if you are in other Sci-Fi convention worthy cities!
Date Posted: 10/05/2010

Hey Kennedy, thanks for all the kind words I've been reading all over the place.
It was alot of fun meeting you, David and the rest of the cast.

The movie was awesome!

I've been following the movie since David first posted it on his blog some few years back...Hey, I had to - David finally had a lead role that I could someday see - anyway, I was a bit nervous that my expectations for the movie would be higher than what the movie could actually provide and watching it I found I had nothing to worry about.
The movie was even better than I ever could have expected. Everyone involved in the movie did a fabulous job! Sometimes those labors of love are the best of their kind!
And thanks for making this fan feel welcome!

I've loved reading about this convention and am glad to see Beast of Bottomless Lake so well received. If you're taking names, I definitely want to know when this movie is out on DVD!

Hello. I'm a big David Nykl fan. Sorry I couldn't make it to Vancouver, but I would like to be contacted when the movie goes to DVD. You can reach me by clicking on my name an commenting on my oldest blog. Thanks. I look forward to seeing it.

Hi,
Coming a little late to the party but I was wondering if there will be a DVD release or if you are still taking names of those interested? I'm in the UK, and wish I had been able to get over to Canada to see the film - unfortunately I'm a massive David Nykl fan without a massive budget - but I would definitely be interested in buying any DVD release of the film.

Also, I don't know if there will be any plans to promote the film over here, but if ever you do, I work for Scottish Television and will gladly pass on any info to our entertainment correspondent.
All the best,
Jessica Ramage

Just wanted to follow up here and make sure that it was said in this thread that yes, the DVD is very nearly available.

We are having the DVD release party in July: http://ogopogomovie.blogspot.com/2011/06/beast-of-bottomless-lake-dvd-is.html

And the DVD purchasing page is now live: