Just a late reminder that The Beast of Bottomless Lake is screening at VCON this weekend. 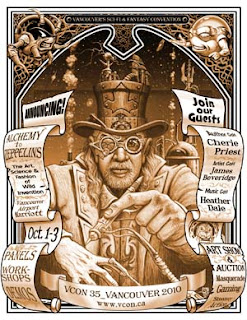 As a matter of fact that is tomorrow!

We are on at 1pm and the screening will be followed by a panel discussion with about eight people involved in all aspects of the movie.

Naturally I will be there, as will Craig, the director and of course David Nykl.  Additionally Bronwen Smith and Roger Haskett from the main ensemble as well as a few other cast members and a couple of interesting crew members like our Editor Mike Jackson and one of the composers, Phil Mahoney are expected to be there.

Hopefully we'll get to post some video clips from the panel.


And speaking of video.... Craig and David are going to be on CBC tonight from VCON.  If we can we'll also post that video. 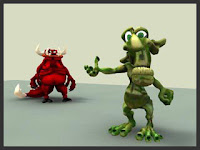 I've never been to a Sci-FI convention before and I'm pretty excited.  I'm going extra early in the morning tomorrow just to check stuff out.... including an artist I happen to know and love:  Robert Ives.
Check out his stuff.  He'll be selling his designer steam punk goggles as well as some of his other steam punk art - which fits in nicely with the theme of the convention this year.
Date Posted: 10/01/2010